President Nana Addo Dankwa Akuffo-Addo is currently in the United States of America for some meetings which will seek to bring a major development in the country. According to another source, he went there to seek for fundraising to build the National Cathedral.

The president went with Hopeson Adorye and Ernest Owusu Bempah which has been a major talk in town as many can not understand why the president took them with him.

Earlier today, TheProgrammeNews have chanced on a picture of President Nana Addo Danquah Akuffo-Addo in the office of Facebook in the United States of America. The office is said to be located at Menlo Park, a place in California. This picture of the president in the office of Facebook has raised a lot of eyebrows as many has alleged that the president is requesting from Facebook to block anyone who make antagonistic post about the NPP.

A lot of people also reacted to the picture when it surfaced online.

Let’s see some reactions from Ghanaians; 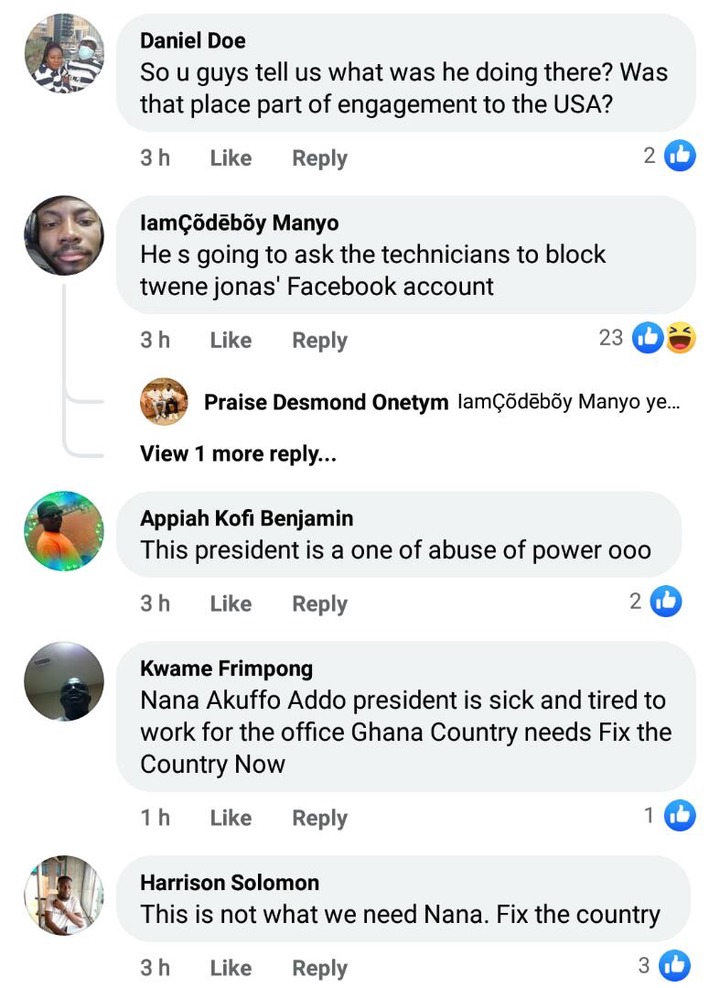 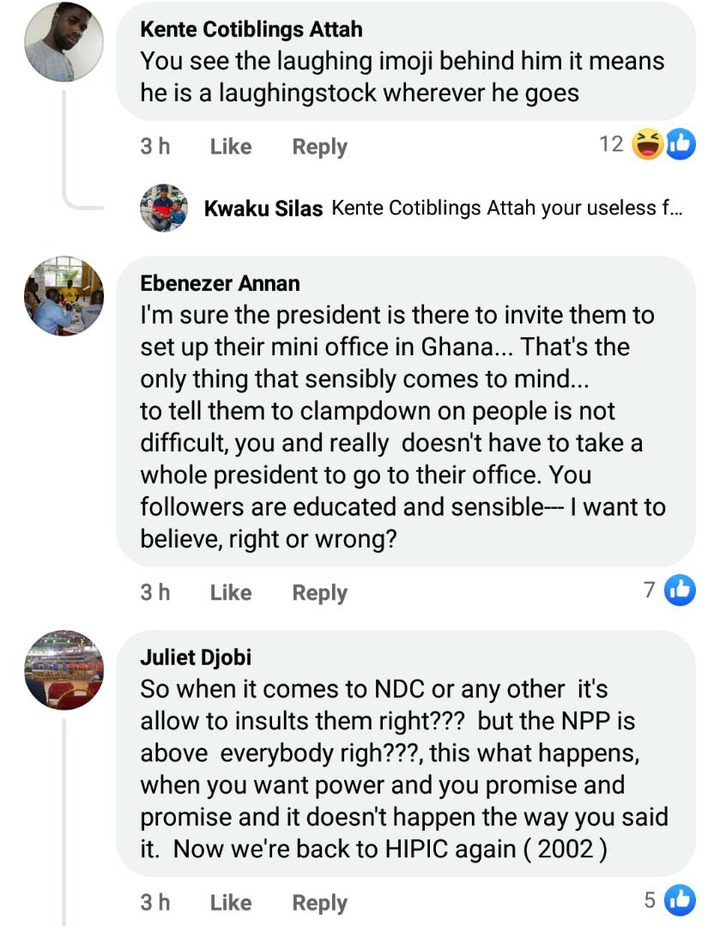 When someone dies, you now hear the wicked, hypocrite DJs playing his songs — Roo Dube vex over Nana Ampadu’s death