The “My Own” hit maker released his latest album on December 24, following weeks of teasing his fans.

The “Untamed” album is Samini’s seventh since he started his music career and he reportedly took three years to produce it.

The album contains 22 reggae songs, including hit songs Obaa, My Own and Obimbra. 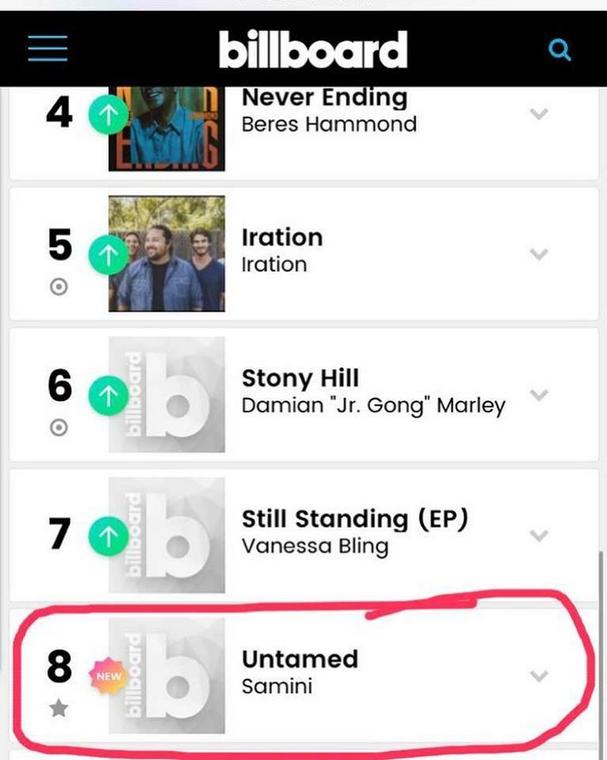 Untamed album debuts at no.8 on Billboard’s Reggae Albums Chart

Although the album is less than two weeks old, it has already made it onto Billboard’s Top 10 Reggae albums and songs list.

On New Year’s day, the “Untamed” album debuted on no.8 on the “Top 10 Reggae Albums” Category on Billboard.

A delighted Samini took to Facebook to thank his fans for helping make his album launch a success.

He wrote: “#UNTAMED, my 7th Album just made it to N.o 8 on @Billboard World Chart in TOP 10 #Raggae Albums Category. Thanks to everyone supporting! #Happy New Year.”

Shatta Wale breaks my heart when he misbehaves – Mother